WHERE IS THE SCHOOL OF ART OF CADIZ? 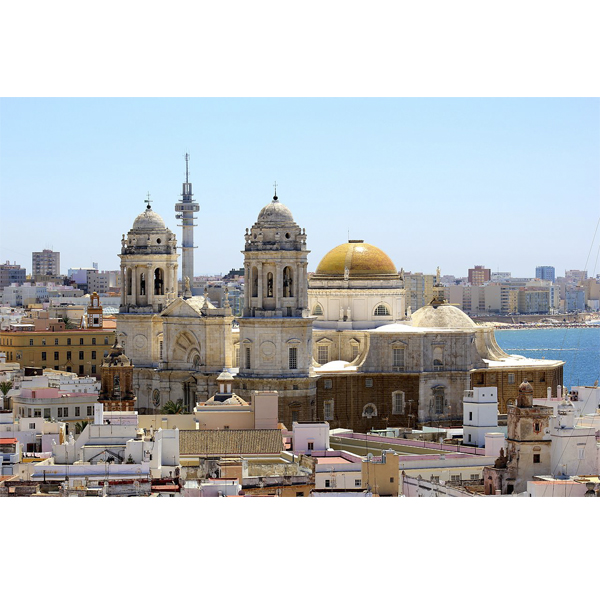 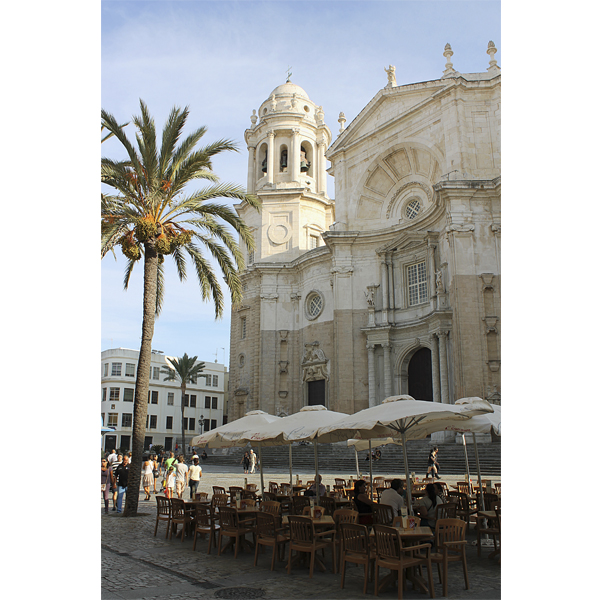 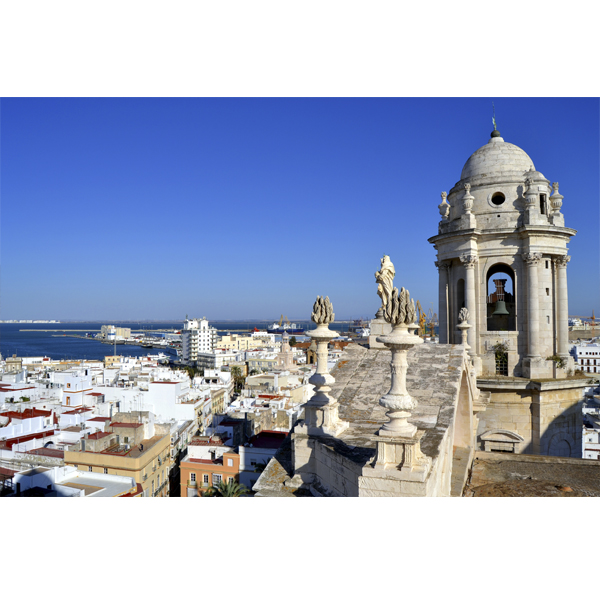 The “Tacita de Plata” is considered the oldest city in the Western World. It was founded (in 1100 B.C.) by the Phoenicians, a seafaring people who turned Gadir into an important trading colony where the Carthaginians, the Romans, the Visigoths  and the Muslims would all subsequently settle. An open, cosmopolitan city, it sport was chosen by Columbus as the point of departure for his second voyage to the New World. The city would then become, after the decline of Seville, the port to The Indies, drawing the flow of trade with the American Continent. This frantic commercial activity then brought about an era of economic, cultural splendour, when Baroque palaces with their characteristic towers offering amazing views were built.

The Cathedral, which can be seen from the sea, and its golden tiled dome fit perfectly into the Cadiz cityscape with its colonial air. It combines both the Baroque and Neoclassical styles, and its treasure is amongst the most important in Spain.

The intense trading activity with The Indies awakened the greedy interest of pirates, which led to the city being fortified. The remains of the original although renovated cross-fire defence system designed by Vauban make up an important part of the heritage of Cadiz.

Las Puertas de Tierra, the city gates, retain sections of walls and semi-bastions such as those of San Roque and Santa Elena, on both sides. A stroll through the Campo del Sur affords the visitor a view of the Los Mártires and Capuchinos defence bastions, by La Caleta, which is guarded by San Sebastián and Santa Catalina Castles. Heading towards the boulevard Alameda Apodaca, the La Candelaria Bastion and the San Carlos Walls can also be seen.

The Puertas de Tierra Walls clearly divide the new city regained from the sea –built along a great avenue and along the extensive, landscaped promenade– and the old. The historic centre of the city has narrow streets and small squares in popular districts such as La Viña – the fisherman’s district – the Mentidero, Santa María (true home of flamenco song) and El
Pópulo.

The El Pópulo District, which is the oldest in the city, retains the three gates to the original Medieval city: the El Pópulo, De la Rosa and De los Blancos Arches, apart from the Roman Theatre and the one-time Cathedral, Santa Cruz Church. The emblematic Plaza de San Juan de Dios is the place to savour the typical “pescaíto frito” fried fish, while listening to Cadiz composer Manuel de Falla’s Amor Brujo played by the City Hall Clock.

The neighborhood quarter of Santa María is one of districts with most history in the city, with stately residences such as the Baroque Casa Lasquetty and the Royal Jail, an important Neoclassical building. Walking up towards the quiet San Francisco Square, we find La Santa Cueva, The Holy Cave, with Goya paintings inside. Nearby the Plaza de San Antonio, in the Mentidero Quarter, which was the nervous centre of the city for many years, there is the Oratory of San Felipe Neri, a Baroque place of worship which has an Inmaculada by the painter Murillo on the main altar. This was the seat of
the Cadiz Cortes in 1812, where the first Spanish Constitution was drawn up and nicknamed “la Pepa” thanks to its conception date (Saint Joseph’s Day).

The Plaza Mina, home to the Museum of Cadiz, is very well-known, with its famous Phoenician sarcophagi and works in its Fine Art section which make it one of the most important picture galleries in the country.

Calle Zorrilla, the tapa-bar street par excellence, leads to the Alameda Apodaca Gardens the Genovés Park, which offer perfect views of the sea. Continuing to stroll a little further round, the visitor comes to Cadiz port, regular stopping-off point for tourist cruise ships travelling between the Mediterranean and the Atlantic. 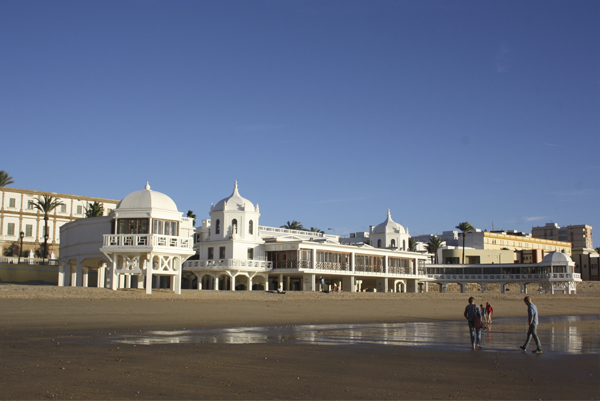 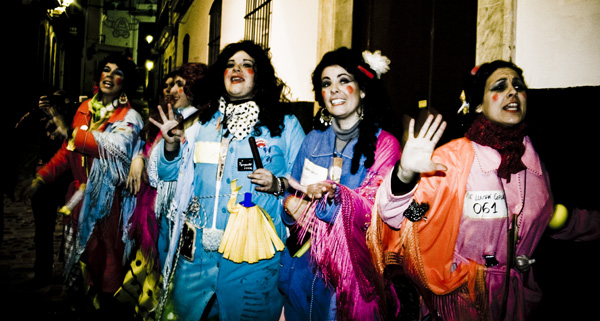 The province has a total of 260 kilometers of coastline and 138 kilometers of beaches, including coves, inlets and long stretches of sand.

There are beaches steeped in history, like Trafalgar, which faces the site of the famous battle, and film location beaches such as la Caleta, where scenes from James Bond films were shot. There are pioneering beaches such as la Victoria, one of the first in Europe to win the coveted EU environmental certificate, and colorful beaches like Tarifa, the popular setting for vertiginous kite surfing tricks and leaps. A total of 83 beaches, each with its own distinctive character.

Some are just amazing, like the cliffs at Los Caños de Meca (Barbate) and the coves in Conil. Some beaches have their own natural monuments, like the dunes on the beach at Bolonia or the natural fish traps in Rota.

In Cádiz the sea frequently meets the mountains, producing landscapes of pine forests, woodland and wetlands. Punta Candor in Rota and the beach at Castillo de San Fernando both have sand dunes, but other beaches can be very different, with rocky outcrops or only reached on foot or from the sea.

These areas are perfect for windsurfing, while underwater fishing is also popular in the crystalline waters off the numerous beaches: Los Lances, Bolonia, Valdevaqueros and Torre de la Peña.

Here you will find a magical place that transcends descriptions. The mountainous, colorful landscape, hidden tracks and trails the grace and charm of Andalusia’s countryside… They will wrap you up in a world so special that you will never forget it.

Cádiz’s countryside will conquer the heart of the most daring travellers; all those who want to take active advantage of its geographical situation, or who prefer to delight in its most hidden spots. It is sure to win you over.

You will also find a wide array of possibilities to get to know the Province of Cádiz, to learn about its culture, its 3000-year history, its monumental heritage, its special corners, its variety of touristic cultural options; both urban and outdoor, active tourism and gastronomy, with the shortest options of 24 – 48 hours or longer stays where you can discover the Pueblos Blancos Trail in the Sierra de Grazalema Natural Park, the Biosphere Reserve, even the Jerez Wine and Brandy Tour, and don’t miss the history of the Constitution of 1812 on the Bicentennial Tour.

Land and sea for sports.

More than 40 companies organize activities to enjoy adventure and nature: canoeing, climbing, speleology, mountaineering, canoeing, paragliding, hang gliding, climbing walls or diving among other possibilities. We cannot forget to mention equestrian sports practiced inland, polo in Sotogrande, and diving, swimming and fishing along the coastline. To do windsurfing and kite-surfing in the Strait of Gibraltar is a very special experience. Tarifa is the mecca in Europe for the practice of these sports. There, there are more than 30 schools to learn. Tarifa is a town visited by young people from all over Europe to enjoy sports, fashion and the environment. Tarifa reinvents itself; the most innovative sport is the paddlesurf on the calm waters of Valdevaqueros inlet.

A fun weekend, nightlife, exquisite gastronomy and above all, motorbikes. This is what thousands of motor-riders look for when coming to the Circuit of Jerez where the World Motorcycling Championship – Grand Prix takes place every year at Easter. The circuit also offers guided visits. The Technification Centre for sailing of Puerto Sherry in El Puerto de Santa María, has organized the World RS-X Championship in 2012, where sports people from all over the world participated. In this way, the Bahía of Cádiz has been the headquarters of the World Sailing Championship again, after the Olympic class, which took place in 2003. The province of Cádiz hosted the World Equestrian Games in Jerez in 2002.

For experts, the province of Cádiz is the land for quality golf. Currently, there are 22 golf courses in the province of Cádiz and thousands of golf players come here to play where the best do. Ballesteros, Tiger Woods, Olazábal, Sergio García… have left unforgettable memories in these golf courses in the South of Andalucía. Some of them with their signatures and design printed on the trips, other ones due to their participation in competitions like the Ryder Cup, Volvo or Andalucía Masters. 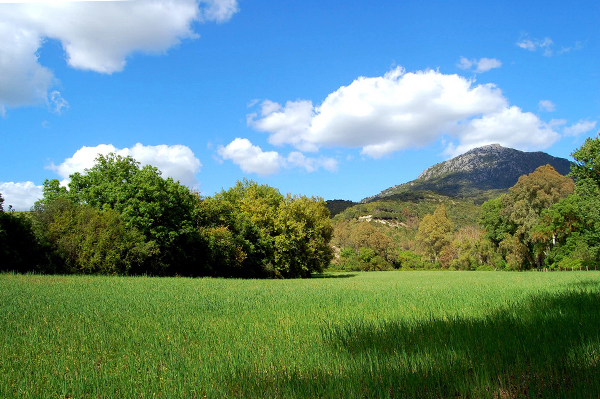 Non EU Students must contact the Italian or Embassy Consulate in their city of residence to check on visa requirements for a study period in Italy or visit http://www.exteriores.gob.es/Consulados/LAHABANA/es/ServiciosConsulares/Tramites/Paginas/Visados-para-viajar-a-Espa%C3%B1a.aspx

In Spain, health-care through the National Health Service is available also for foreign citizens who are temporary residents. EU citizens must have the European Health Insurance Card (TSE), while non-EU citizens must show proof of coverage by health insurance. Health care is provided by health districts (ASL: Azienda Sanitaria Locale. For detailed information visit http://ec.europa.eu/social/main.jsp?catId=1021&langId=es

Courses start on Septembre the 20th and, generally, are held on June the 20th. Teaching activities are divided into two semesters: from September to February and from February to June. There are two half–term holidays, at Christmas and Easter, and a summer holiday, from the end of June to the beginning of the courses of the next academic year. As a rule, lectures are given in Spanish.

Students from European Union State members or EEA countries are covered by European Health Insurance Card or Form E 111 or E 128 or the European Card of Health Security to get medical assistance at public health institutions and to benefit from the National Social Security System as any Spanish citizen. In order to obtain this scheme, students should contact their own Social Security Office, to have their respective form issued, before arriving in Spain.

Students coming from outside the EU or EAA should make sure before arrival that they are properly insured and have health insurance in their own country that covers the basic Spanish requirements.

If your country has no Social Security system and has not signed a health agreement with Spain, you will need to take out private health insurance. Your policy must in all cases provide full health cover during your time at the EASD. You must take out a policy in your country of origin.

All exchange students are required to have insurance covering travel: loss of money, passports, or baggage loss, personal accident, additional medical cover (medical expenses -accident and non-accident-, hospitalisation) and emergency evacuation/repatriationvalid for the entire period of their study in EASD before coming to Spain.

Students must send by e_mail a copy of both documents ( European Health Insurance Card or private medical insurance providing health cover and insurance covering travel) to the International Relations Coordinator(erasmus@eacadiz.es) before their arrival to Cadiz.